I was born in 1961, in Buenos Aires, Argentina. I graduated in economics at the University of La Plata and completed a Master's Degree at the Center for Macroeconomic Studies of Argentina.

Afterwards, I  worked four years at the Central Bank of Argentina as an economic analyst. In 1991 I moved to the US to attend a PhD program  at the University of California, Los Angeles. There, I wrote a dissertation on the role of counterfactuals in the foundations of backward induction and sequential equilibrium under the supervision of professors David Levine and William Zame. In 1996 I moved to Germany, where I held several positions leading to my Habilitation in Economics.

Since September 2014, I am a professor of economics and research methods at Heilbronn University of Applied Sciences, Germany. 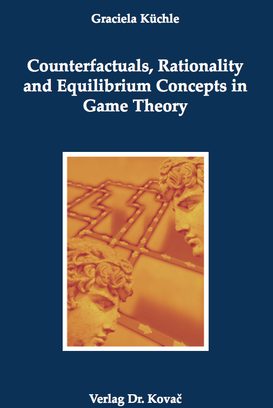 The main focus of my research is on decision making under uncertainty.

From an individual perspective, I am interested in the impact that different ways of reducing uncertainty have upon the process of venture creation, both theoretically and empirically.

From a population perspective, I am currently focusing on the dynamic and aggregate effects of learning in entrepreneurial environments. Here the goal is to shed light on the interplay between entrepreneurial competence and confidence and its impact upon the temporal portfolios of ventures hold by habitual entrepreneurs.